Summary of “45 Effective Ways for Hiring Smart” : Making a hiring error can be very expensive – around two and a half times the salary of the person hired if you catch the error six months later – and the success of a company depends on the quality of people in it; this book recommends 45 methods, tricks and stratagems for hiring as efficiently as possible.

Summary and Book Report of 45 Effective Ways for Hiring Smart :

First of all, this book looks good. Really. It is printed on really nice glossy paper, on big, comfortable pages with large text, and sprinkled with enlightening illustrations that support the text effectively :

Strategies after the interview

This book isn’t actually on the PMBA project list at all – but I remember reading it in 2008 when I needed to hire a new employee. So I wanted to re-read it given I found it so useful in the past. Many of these techniques have played into my core hiring practices since 🙂

Dr. Pierre Mornell, a Training Psychiatrist, shares with us his 15 years of experience as a recruitment consultant in the form of 45 methods divided into 5 sections. According to him, numerous companies are not sufficiently prepared for recruiting and do not dedicate enough resources to it. Further, the top ten American teaching institutions for business affairs do not provide any training on evaluation, selection, and recruitment of personnel to key positions: “MBA students are offered exactly the opposite […] How to interview successfully to get the most coveted jobs.” His 45 strategies are not strict rules, but rather ways of improving the recruitment process, reducing uncertainty, and getting the time on your side that is necessary to go through the legal process. Here is a summary of each of them, chapter by chapter. I have highlighted the ones that I think are most relevant to my small business.

To save time and be efficient you must eliminate 80% of candidates without even meeting them. This avoids unnecessary interviews. Additionally, the candidate prepares himself to the greatest extent possible for the interview: “Surprising” him with one of these original methods can tell you a lot about him.

Chapter 2: Strategies during the Interview

It is important to conduct an interview. It’s the most important part of the hiring process, and it can be deceptive – the ones that get the job are sometimes those that succeeded in this phase rather than the best qualified. What’s more, actors can easily fool you. The author also recommends keeping the candidate as long as possible because a candidate on the defensive is on his best behavior but when he is detained, he lets his defenses down. This allows you to judge the man rather than the image.

The best way to summarize the appeal that graphology has despite the complete lack of empirical evidence has been put up by Dr Rowan Bayne, a British psychologist who wrote several studies on graphology: “It’s very seductive because at a very crude level someone who is neat and well behaved tends to have neat handwriting” and then added that the practice was “useless… absolutely hopeless”. It is also worth noting that the British Psychological Society for example ranks graphology alongside astrology – giving them both “zero validity”.

Checking a candidate’s references properly does not just mean checking to see if they are real, but also having access to numerous witnesses of his strengths and weaknesses.

Some strategies to save you time.

I don’t actually agree with all the techniques recommended by Doctor Pierre Mornell. Handwriting analysis is an antiquated technique that is relegated to the same rank as astrology or to a lecture on entrails by the scientific community, and the author seems at times somewhat expeditious in the examples that he gives throughout the book.  Some candidates were denied positions for reasons that seem frivolous to me.

Never-the-less, the variety of recommended methods, the wealth of examples, means everyone will get something from it, whether you work in a small, medium, or large company. What’s more, the cost of the book and the time necessary to read it (2 to 4 hours) are negligible in comparison to the amount of time lost that a single failed hire could cost you. If this book only transforms one failed hire into a successful hire, you will have a return on your investment that could be the best deal in the galaxy, at the very least ;). You would be wrong to deprive yourself.

Have you read this book? How do you rate it?

2 thoughts on “45 Effective Ways for Hiring Smart: How to Predict Winners and Losers” 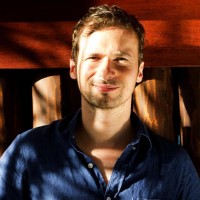